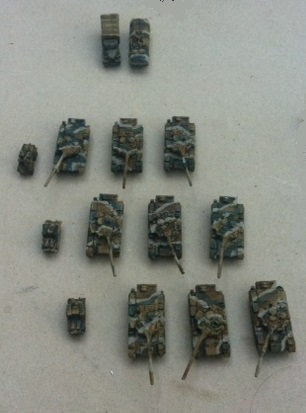 Possibilities are endless here, in my own gaming world the timeline runs from the 1930s to near future (approximately 50 years from now)
The Iamgi-Nations are the main protagonists with real nations acting as allies where possible.