A true "Old School Wargaming" battle when members of the club pulled out all their 28mm Lace Wars troops.  Central Europe somewhere, War of Austrian Succession, Russians and Austrians faced French & Saxons in a battle loosely based on  the Last Argument of Kings "Battle of Hunsdorf" scenario. About 50 battalions and a similar number of cavalry squadrons did battle on a 12 x 5 table on a club night for a tricorne-tastic battle.. 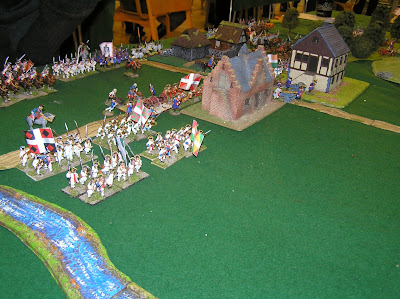 The French right in the village awaits the enemy assault..... 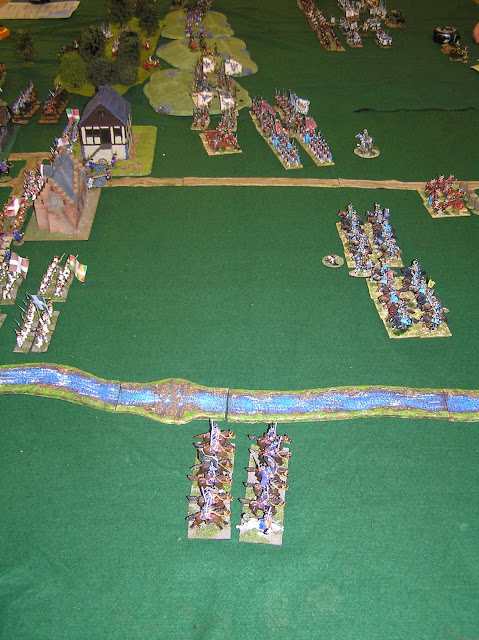 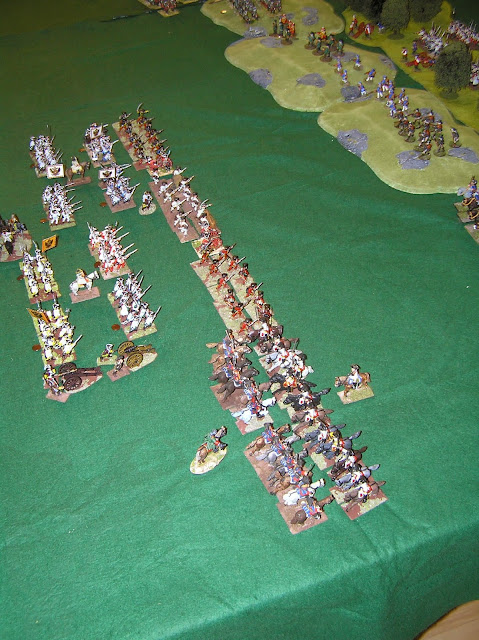 On the Franco-Saxon left, the Austrians mount a major attack...a Saxon cuirassier stopgap charge (bottom of picture) was beaten off... 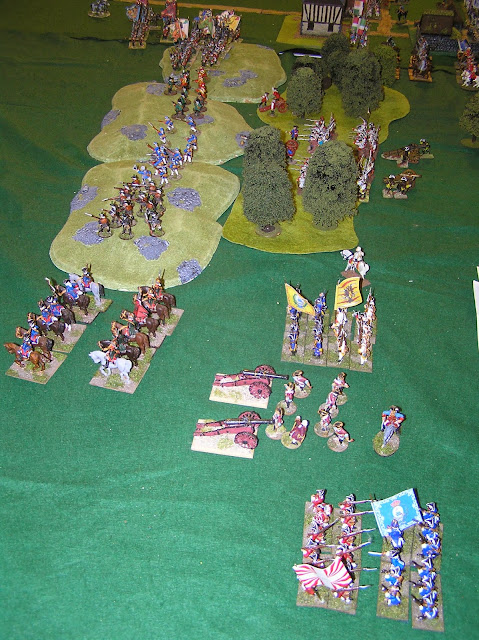 ...but allowed Saxon and German troops time to move to counter the Austrians, while other Saxons move through the woods to take the heights, only held by French light troops 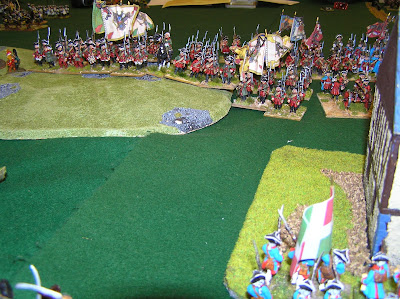 The Russians spot a gap in the centre, and launch a huge assault on triple march time! 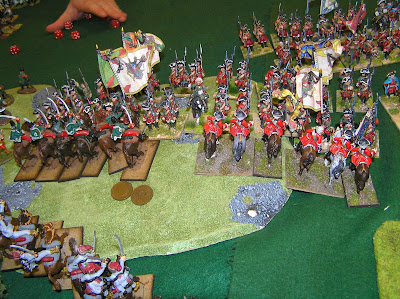 The French scramble to stop the gap, eventually the cavalry reserve - Gendarmes de France and Chasseurs de Fischer save the day. The dice of fate were wth them. A very near run thing!

Spot the mugs on the table....the Austro-Russians contemplate the situation amidst the Black Powder


Our Austro-Russians did better than the Prussians at the actual battle, getting into the village and thus not allowing the defenders to reinforce the heights, which created the central gap the Russians drove into. Only the extreme lucky dicing heroism and self sacrifice of the Gendarmerie allowed the Franco-Saxons to pull a losing draw out of an otherwise desperate situation

Posted by freecloud at 14:06 No comments: