The last night before the August break saw a packed hall with many people playing their
last 40K  Tournament game .

It was nice to see a few new members and a wide varity of games being played . 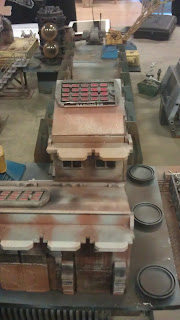 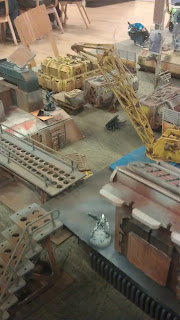 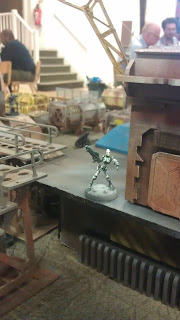 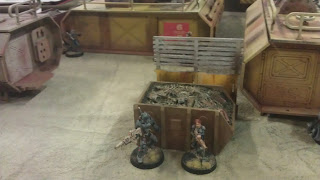 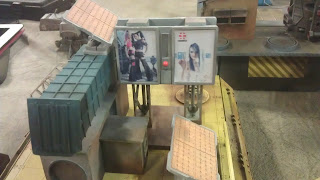 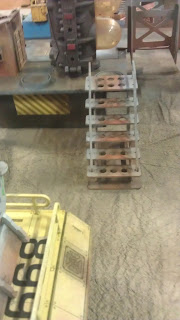 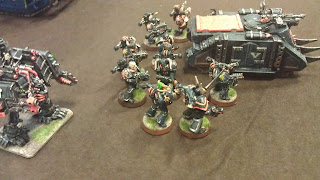 chaos space marines advance under the watchful eye of a dreadnought 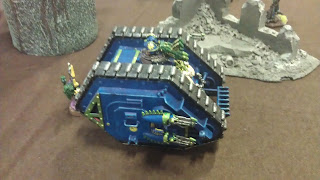 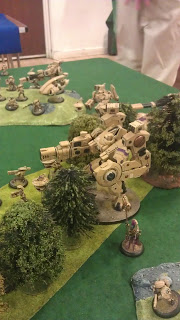 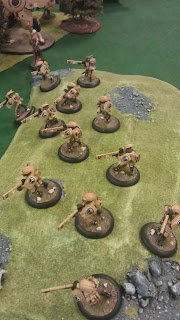 Tau Firewarriors set up on a hill 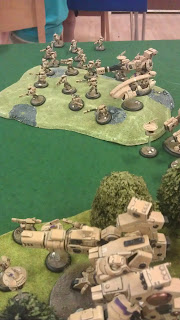 The Tau advance for the greater good 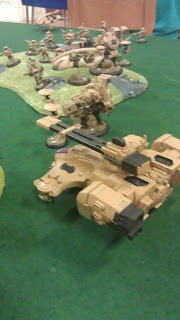 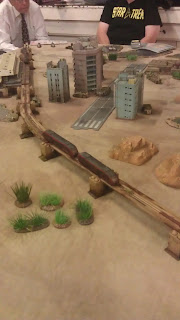 another game of the ever popular  Hammers Slammers 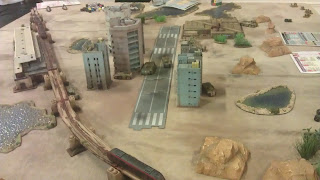 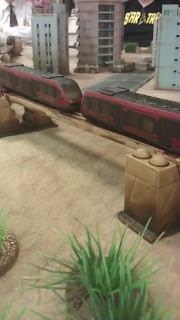 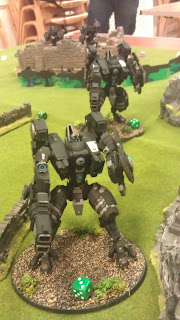 Posted by Alan Pospiech at 15:18 No comments:

There will be NO Bring and Buy at Salute 2014

This particular evening had 4 Mantic based games on, and the usual mix of games

Three Kings of War games. A lot of these Armies are WIP at the moment, as we are commencing a league later in the year and everyone is fine tuning their armies in a series of practise games. ATM the moment we have sixteen players. I will probably have four small leagues of four players, then onto a knockout phase.

Goblins vs Kingdoms of Men

Kingdom of Men vs Dwarves

Posted by Phil Portway at 17:44 No comments: