'Skirmish' is a local show to many of the Warlords; it's at a school in Sidcup, and attracts about a dozen games and about 25 traders of wargames and toy soldiers. A Warlords display team lead by Ian Spence took the Battle of Ayacucho along to support the show.

The Battle of Ayacucho in Peru occurred between the Royalists (Spanish) and Patriots during the South American Wars of Independence (1808–1829). Also known as the Battle of the Generals, it was fought on December 9, 1824, on the high plain in southern Peru and ended in victory for the forces seeking independence from Spain.

The terrain was constructed based on some contemporary maps of the battle and the use of modern technology. Google Earth and photos of the area were used and we consulted some South American experts who explained how the battlefield looked. The figures are all plastic 1/72 , from various leading manufacturers HaT, Zvezda, Strelets and Italeri. We have been using Dave Brown’s Generale de Brigade for Napoleonic battles, for many years. The second version was released in 2010 and became even more popular with us as various tweaks in the rules allowed smaller units of 15-20 figures to be represented in a realistic way. 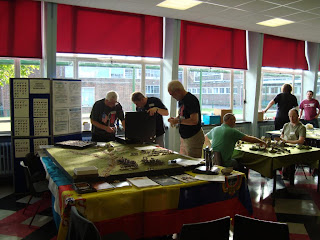 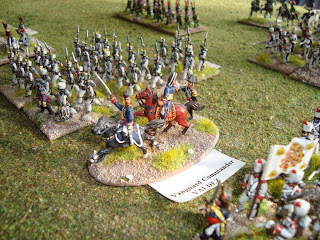 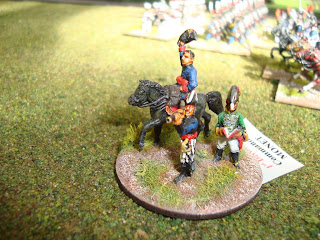 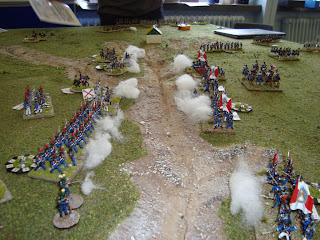 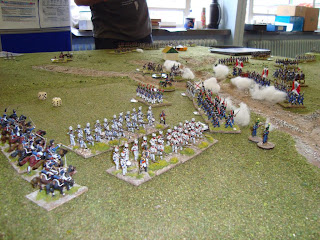 Read more »
Posted by Colin Hagreen at 21:49 No comments:

The August recess is drawing to a close, and the South London Warlords open the doors on some semi-serious gaming again tomorrow.

5th September - The first club night of after the summer.

12th September - Club B&B in the back hall - take the opportunity to clear out the cupboards and the loft. Normal gaming in the main hall.

19th September - Club painting competition. Three categories this time - Historical ('Don't forget the cavalry'), Fantasy/Sci-fi ('Teams, gangs and warbands') and Open (anything painted since the last competition at the end of May).

26th September - Harry will be running a Wings of War party game.

Oh - and welcome back, everyone!

The Club meets every Monday evening (except Bank Holidays and the month of August) at St. Barnabas Parish Hall in Gilkes Place, Dulwich Village, London SE21 7BT between 7:30pm and 11:00pm, with extended Saturday sessions around eight times a year. On the last Monday of each month the Club often puts on a large participation game, an ideal opportunity for new members to join in and for established members to try something new.